Instant messaging led the way for enhanced communication, allowing users to exchange messages at their convenience. Text-based interactions are still popular. But many users now prefer video chatting. It’s preferred among millennials and already exceeds the text counterpart. The best video chat apps also find success in the business world as a means to maintain contact with business partners and colleagues.

Video chat apps: Standout features to compete in the niche

In our research, we found that there are a few standard features in top-class video chat solutions that help them compete in this niche and win an audience. Let’s have a look at them.

At Steelkiwi, we’ve noticed that the most popular applications usually include extra features like stickers and masks, virtual backgrounds, filters, emojis, the ability to send messages to offline contacts, and the ability to make calls with voice-enabled assistants. These fun extras allow product owners to attract and retain more users.

We’ve chosen the 13 best apps for online video chat. These picks have the top reviews from users and offer innovative features enjoyed by millions.

The best video conferencing apps support many users and can automatically adjust the bitrate according to the internet connection quality.

Zoom is a perfect choice for work meetings, conferences, eLearning businesses, and video demonstrations. Virtual call participants have everyone on their screens at the same time. This free video conferencing app delivers high-quality video and allows for cross-platform messaging and file and screen sharing.

The latest version of Zoom allows those who set up meetings to limit screen sharing and log meeting reactions, and the virtual background feature allows you to choose a background for your call. Additionally, one of the best video calling apps offers useful tools for cloud recording and integrated scheduling.

Skype seems to have everything users need. It covers video calls, messages, and file and screen sharing. Users can even add subtitles and live captions while on a call, and Skype includes a call recording feature that can be triggered by any call participant.

Recently, this video chat mobile app was supplemented with a Meet Now feature for jumping into calls via an invite link with no account required.

Google Meet is premium software supporting group calls that are accessible via a link. To use Google Meet, users need to grant the app access to their mobile device’s microphone, camera, and photo gallery. During a video call, all participants are placed on the screen.

Google Meet integrates with other G Suite tools such as Drive, Calendar, and Gmail to allow for easy scheduling and viewing of conference details. The latest update lets users directly present their mobile screens without having to join a call.

Marco Polo is fairly called one of the best mobile apps for group video chats and can be described as a “video walkie talkie.” Unlike most similar digital tools, this app doesn’t set any call length limits and enhances calls with awesome filters. However, this isn’t the feature Marco Polo is known for.

In case time zone or schedule differences prevent users from video chatting in real time, they can record video messages in Marco Polo and send them to a group chat. Chat members can then view the messages and answer at their convenience. Also, the application saves all messages ever sent so users can revisit chats at any time.

Facebook Rooms is a new Zoom competitor originally meant for connecting close friends and family members. However, as it also features screen sharing and meeting (re)scheduling, Messenger Rooms has become popular for business meetings too.

If there were a special prize for a deep library of special effects, it would be awarded to Facebook Rooms. This video chat app for Android and iOS features the best selection of augmented reality filters, 360-degree backgrounds, and fun games you can play on group calls (like catching virtual flying burgers).

Nevertheless, the number is enough for many users to keep in contact with friends and family.

Apple’s FaceTime has become massively popular among Apple users, who can use it to make video calls using stickers, cute Memojis, Animojis, and other fun effects.

Apart from using the front-facing camera, participants can quickly switch to the back camera to show others what they see. The only drawback of this best chatting app is that everyone needs to be using an Apple device. Otherwise, users will have to find a different video live chat app.

WhatsApp is another mobile video calling application initially presented as a text messenger. So on top of letting users talk to up to eight contacts through a video call, WhatsApp also allows them to exchange voice messages, documents, and photos. To call, navigate to a chat and press the video call button.

Though WhatsApp lacks interactive chat app features like stickers and filters, it ensures a high-quality connection. Plus, it allows participants to check their messages from other chats while they’re on a call.

Unlike the previous apps, Viber is available across many platforms. This WhatsApp-style mobile application is designed for sharing messages and files but also allows users to make HD-quality video and audio calls.

While calling, users can disable video and mute themselves, share their screens, send messages, and redirect calls to desktop devices. Users also can record and send videos via Viber. But to minimize data usage and the time needed for videos to be sent, such messages are limited to 90 seconds.

Over and above sending messages, Slack users can make use of built-in calls. Users can invite people from their Slack channels, and since Slack is compatible with other tools like Zoom and Google Hangouts, they can also invite those who don’t use Slack.

During a Slack group video chat, participants can collaboratively edit meeting notes via a screen sharing option and respond with emoji to show their reactions to things being discussed. For example, they can send a thumbs up emoji that will temporarily float over the video for all participants.

Entertainment video call apps are known for fighting boredom. Unlike other best apps that allow you to meet people, these typically lack built-in tools that are a must for businesses (such as screen and file sharing, group editing of notes, etc.). However, they allow users to make video calls via mobile or desktop software and pass the time in a fun way.

As the name suggests, the Houseparty app is less formal than all of the video calling apps presented above and doesn’t offer any features for office meetings. Users receive notifications when contacts are “in the house” — meaning they’re active and available. Participants can jump between different video call rooms as much as they like.

Houseparty is a breeze to use, offering features like backgrounds, funny filters, and built-in games (Finish the Song Lyric, Heads Up, and Trivia) that participants can play to fill the moments of awkward silence.

Making video calls via Instagram is easy: no phone number is required. Just tap the camera button in Direct Messaging. Instagram isn’t trying to become the next Zoom or Skype, meaning the app’s video calls aren’t designed for business meetings.

Instagram’s key feature is that while on a video call, you can minimize the video and keep multitasking on Instagram: posting stories, sharing messages to followers, liking posts, and browsing the feed.

Discord is an app for exchanging text and voice messages, but moreover it allows you to make video calls while playing games. During a call, users can change participants’ audio levels, create chat rooms and VIP channels, send messages, assign member roles, and send emojis.

When using Discord, participants can conveniently enable and disable their cameras. On top of streaming screen content, users can share audio from their devices.

Bunch is an app that allows people to join video calls and play mobile games. It offers its own native games (Flappy Lives, Mars Dash, and Draw Party) and integrates with popular third-party games (Minecraft, Call of Duty, and Roblox).

While Discord is an app for hardcore games, Bunch is for casual ones. Users can switch between chats and disable their cameras or microphones while playing.

Should video chat app development be your new business goal?

The video call apps listed are at the forefront of the video calling revolution. If you’re thinking about entering this niche, you may think you’re already late to the party.

But even though there are tens of video calling apps out there, none of them is perfect. Users’ demands and priorities shift every couple of months, making entrepreneurs improve their products and services. By offering a competitive product, you have every chance of winning market share from your rivals.

If you’re considering video chat app development, bring your ideas and our team will happily guide you through all stages of development to a successful product launch. 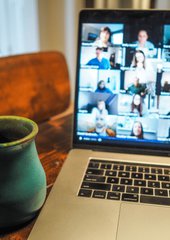 Business
How to Build a Video Chat App: Types, Features, and Our Hands-on Experience 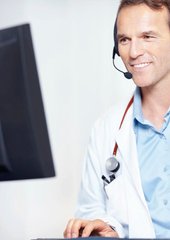 Business
Telemedicine App Development: How to Build a Doctor On Demand App 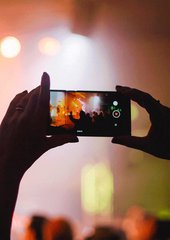