Flask vs Django: How to Understand Whether You Need a Hammer or a Toolbox

If you’re wondering whether you should use Flask or Django for your project, this article is for you. Both frameworks are written in Python, so experience in this programming language is key. According to the 2020 Python Developers Survey by JetBrains, the two most popular Python frameworks are Flask and Django. To help you make an informed choice between these frameworks, we’ll discuss what Flask and Django are, outline their advantages and disadvantages, and consider success stories.

What are Django and Flask?

Django is a free and open-source Python web development framework that follows the Model–Template–View (MTV) pattern. It was created in the fall of 2003 by Adrian Holovaty and Simon Willison. Django was built to simplify the website development process. It focuses on reusable components, less code, and rapid development. It was influenced by several earlier frameworks including Zope and Plone and, in turn, has inspired lots of other frameworks that have come after it including Pyramid, CherryPy, Bottle, and Web2py.

Flask is a microframework that has a surprising beginning. It actually started as an April Fool’s joke. Before Flask was developed, Armin Ronacher ― the creator of Flask ― had written two other solutions called Werkzeug (a server framework) and Jinja2 (a template library). Armin thought it would be fun to take these two solutions and put them together in a zip file, so he wrote the Denied Framework (as he called it before named it Flask). When a developer installs this Denied Framework, the installation program automatically unzips the file and runs those two solutions at the same time. Believe it or not, Flask received a positive reaction.

Main differences between Django and Flask

To better understand which framework is best suited to your project, let’s consider the main differences between Django and Flask.

Django provides its own Django ORM (object-relational mapping) and uses data models, while Flask doesn’t have any data models at all. Data models allow developers to link database tables with classes in a programming language so they can work with models in the same way as database references. Why does Flask have no data model? Because the Flask philosophy is different from the Django philosophy. Django bundles everything together, while Flask is more modular.

The main difference between Django and Flask, that Django provides a full-featured Model–View–Controller framework. Its aim is to simplify the process of website development. It relies on less code, reusable components, and rapid development. Flask, on the other hand, is a microframework based on the concept of doing one thing well. It doesn’t provide an ORM and comes with only a basic set of tools for web development.

Flask applications are mostly single-page applications (SPAs). It’s a good choice for small and medium-sized sites such as forums and personal blogs. Django is perfectly suited for large projects like e-commerce sites and CMSs.

Advantages and disadvantages of these frameworks

We’ll compare Django and Flask based on performance, packages, community, security, and use cases to find out which framework is best for your project.

Flask vs Django performance is an important indicator of system functionality. If a framework is highly performant, it will result in a scalable, speedy, and secure app. Weak performance can lead to scaling pains and architectural issues.

If we consider Django vs Flask performance both have good results and are used by high-traffic websites, which is a great indicator of their effectiveness.

Flask is minimalistic and has no restrictions, meaning developers can implement exactly what they want using external libraries. This makes Flask flexible and extensible.

Django, on the other hand, has a huge number of built-in packages. According to IBM, there were more than 10,000 Django packages in 2020. This means you’re likely will find a package to build and run your application with less effort.

In the case of Python Django vs Flask comparison, Django has a huge and active developer community. If you have any questions, you can ask them on various web portals and forums such as Stack Overflow and are likely will get an answer. Also, it’s not hard to find a Django job.

Flask’s community is not as big as Django’s. Therefore, if you have difficulty coding in Flask or have questions about Flask, it can take a while to find answers.

Django has options for protecting your application from the following issues:

The Flask-Security library provides almost the same mechanisms as Django to prevent data leaks and other web attacks.

Django was designed for the fast development of complex web apps. It provides developers the necessary tools to implement scalable and maintainable functionality. On the other hand, the simplicity of Flask allows developers to create smaller apps faster.

Let’s take a moment to consider top examples of Django and Flask websites.

Which projects are built with Django?

Many sites use Django. Since this framework is easy to scale and provides the ability to process a huge amount of data in real time, lots of high-traffic sites use it. Below, you can see the most popular Django projects:

We’ve built a number of Django apps so far, including:

If you’re interested in more projects, visit our projects page.

What types of projects are built with Flask?

Flask is one of the leading Python web development frameworks. According to the Python Developer Surveys by JetBrains, Flask usage among developers increased from 41% in 2017 to 46% in 2020. The reasons why world-famous companies such as Airbnb and Reddit use Flask are numerous. Flask gives you more control over your project, since you can choose which components to use and how you interact with them. Also, you can plug in any extension you need.

Websites of these world-famous companies are built with Flask:

One of the Flask projects we’ve built is Cybertunity. This app allows coworkers to share their knowledge of cybersecurity. Cybertunity divides employees into two groups and gives all employees a survey consisting of 60 questions divided by topic. The app then generates a PDF showing survey results and a summary of how well employees know cybersecurity topics, terms, and concepts. This is a small project with minimal functionality, which is why we used Flask.

Which is which? Hammer vs toolbox, or which framework to choose

Let’s summarize the particularities and strengths of Django and Flask so you can decide which framework to choose.

Choose Django if you’re short on time or have a limited budget. Django is a perfect solution for MVPs, e-commerce platforms, mHealth apps, and government websites.

Choose Flask if you have a small or mid-sized project that has unique requirements and requires custom components. Flask is especially good for prototyping.

Given that Django has a huge number of built-in solutions and Flask is often chosen in order to use the appropriate package to solve a certain problem, our verdict is this: Django is a toolbox and Flask is a hammer.

We hope that our Python Flask vs Django guide has given you a better understanding of these platforms’ advantages and disadvantages, differences, and use cases. If you’re interested in developing your Python application with us or if you would like a free consultation with Steelkiwi specialists, contact us.

Meanwhile, we suggest you read the following related articles to get a fuller picture of Python and Django: 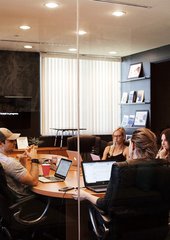 Business
Django for Product Development: Questions & Answers on Django in 2020 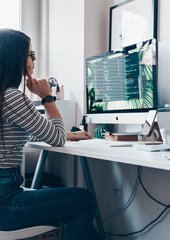 Business
What Is Python & Django and Why Are They Considered a Top Choice for Web Development?
Saving article...