iOS and Android are the main platforms for mobile apps development. You usually need to develop for both of them, writing different code. Therefore, cross-platform development has gained popularity in the mobile industry. It saves time and effort when building an app. Different tools have emerged to make cross-platform development possible and desirable. There are web-based tools such as PhoneGap from Adobe, Xamarin from Microsoft, and React Native from Facebook. Each solution has its advantages and disadvantages which stand in the way of successful mobile app development.

Developers are constantly looking to expand their knowledge and learn new technologies to help them build high-performing applications. App owners, on the other hand, seek to optimize time spent on development. That’s why Flutter has entered the mobile development world. It was announced by Google in February 2018 at Mobile World Congress. Google had previously introduced the alpha version at Google I/O in 2017. Since releasing this new framework, Google has continued to promote it at conferences as they want more people to use it.

Tens of thousands of hours have been put into developing Flutter before it was ready for general use. Google engineers have worked on

Some facts about Flutter

Flutter has grown in popularity on GitHub and has gathered a lot of stars, as you can see in the graph below:

Since the framework was officially announced, many Flutter-related events have sprung up across the globe:

Why is Flutter cross-platform development successful?

Google’s development kit allows you to build 2D mobile apps. You can use it to develop full-featured apps including support for cameras, geolocation, network, storage, and more. If you need to build impressive branded designs or stock platform apps, then a cross-platform framework like Flutter is well-suited.

Currently, use cases of the toolkit are few, but they’re rather impressive. Google itself has used Flutter to create the AdWords app, which assists advertisers and keeps track of ad buys. The Alibaba app is also built with the toolkit. Alibaba is China’s biggest e-commerce company and resembles Amazon.

There are also some other apps built with Flutter that aren’t as popular as AdWords and Alibaba. For instance, the official app for Hamilton, the Broadway musical. The Hamilton app features daily lotteries, exclusive news and videos, a trivia game, a merchandise store, and more. Coach Yourself (a meditation app for the German market) and Abbey Roads Studios’ Topline app (a recording service which captures song ideas) are also built with Flutter.

We see Flutter as being of value to the developer community as well as to app owners who seek to streamline the development process. However, it would be unfair to hide the pros and cons of this framework.

Flutter has a number of advantages that allow it to attract a large developer community and lots of app owners. Let’s take a look at the benefits of the Flutter framework to mobile app developers and business owners.

One great thing about Flutter is hot reload. Developers can see all the changes they’ve made to the code right away in the app. It takes just seconds to see changes, so teams can quickly add new features, fix bugs, and experiment. Hot reload enables better collaboration between developers and designers when they want to improve how the app looks and check effects immediately. There are some limitations to hot reloading, though.

With native app development, you need to wait up to several minutes to see every change you make.

Perfect for an MVP

If you want to show your product to investors as soon as possible, you can build a Flutter mobile application that looks native on both Android and iOS. Thus, your investors will have a clear idea of what your MVP looks like. Developing two separate apps would take much more time and money.

The programming language of Flutter is Dart. Dart is object-oriented and strongly typed. Flutter resembles React Native, and its programming style is reactive and declarative. Flutter doesn’t need to use a JavaScript bridge, which improves app startup times and overall performance. Dart achieves this thanks to Ahead-of-Time, or AOT, compilation. Dart also makes use of Just-in-Time, or JIT, compilation. JIT compilation with Flutter improves the development workflow by allowing for a hot reload capability to refresh the UI during development without the need for an entirely new build.

Flutter means less code. And where there’s less code, there are fewer bugs. With Dart, 100% of the code is usually shared between iOS and Android apps.

Widgets are necessary for an app’s view and interface. They must have a natural look and feel regardless of screen size. They also must be fast, extensible, and customizable. Flutter takes the everything’s a widget approach. It has a rich set of widgets and extensive capabilities for creating complex custom widgets. In Flutter, widgets aren’t only used for views. They’re also used for entire screens and even for the app itself.

As Flutter’s documentation puts it, each widget is an immutable declaration of part of the user interface. Other frameworks separate views, view controllers, layouts, and other properties. Flutter, on the other hand, has a consistent, unified object model: the widget.

A widget can define:

Widgets form a hierarchy based on their composition. Each widget nests inside of and inherits properties from its parent. There’s no separate application object. Instead, the root widget serves this role.

Flutter has a full set of widgets in Google’s Material Design and in Apple’s style with the Cupertino pack. Widget rendering happens directly in the Skia engine without using Original Equipment Manufacturer widgets. So we get a smoother UI experience compared with other cross-platform frameworks.

Here’s how native Android/iOS code interacts with other cross-platform frameworks like React Native:

And here’s how Flutter interacts with the platform:

All that the framework needs from the platform is a canvas in which to render the widgets so they can appear on the device screen and access events (touches, timers, etc.) and services (location, camera, etc.).

Some platform-specific functions like camera and geolocation require access to native features. These functions need to be implemented by means of native languages, and Flutter gives the feel of developing on the native platform. Flutter allows you to reuse your existing Java, Swift, and Objective-C code to access native features and SDKs on iOS and Android.

Since Flutter is Google’s initiative, the framework has a big name behind it. There’s great support from the Material Design team and a community of over 1000 developers who are willing to contribute to the growth of this framework.

Easy to set up

Flutter is easy to set up and start coding on low-end machines. You don’t need to be worried that your operating system won’t be able to handle Flutter. Quite the contrary, Flutter doesn’t require a powerful machine.

Luigi Rosso, the co-founder of 2Dimensions, says the following about Flutter app development:

“I love the friction-free iteration with Flutter. Hot Reload sets me in a feedback loop that keeps me focused and in tune with my work. One of my biggest productivity inhibitors is tools that run slower than the developer. Flutter finally resets that bar.”

The framework is relatively young, and it’s still growing and developing. The toolkit has its flaws. Let’s look at them.

Flutter caters to mobile apps only and isn’t supported by web browsers. When you choose the technology stack you want to work with, this can influence your decision. If you want maximum device flexibility, then Flutter may not be the thing you’re looking for.

Google supports Flutter and there are many helpful libraries. However, the framework is relatively new. You won’t find every functionality you’re looking for. Native apps, on the contrary, have everything in their native SDKs including Stripe, Twilio, and most streaming services such as WoWza and UStream. With Flutter, developers would have to build these libraries themselves, which is time-consuming.

There are many ready-made solutions for native Android and iOS apps that allow them to work with CI platforms like Travis and Jenkins. There are also ready-made Flutter solutions for most popular CI platforms like Travis or Circle. However, you need to set up the toolkit for these kinds of platforms. Travis can be used in a number of repos. The framework also supports the likes of Fastlane and Nevercode. As for us, we’ve applied a complex decision using Gitlab CI with Fastlane for Flutter apps.

If you’re wondering if apps built with the help of this framework can run on Android TV or Apple TV, then the answer is more no than yes. Flutter offers practically no support for Android TV and Apple TV.

How much does it cost to build an app with Flutter?

It takes about 250 hours to develop an average app in Flutter that will work on both iOS and Android, whereas it takes about 400 hours to develop such an app for iOS and 250 hours to build an average app for Android. To find out how much it costs to build an app with Flutter, you can multiply the number of hours by the hourly rate of your developers. You can see that developing for both platforms separately is timely and requires lots of resources. If you want to build your app quickly and save money, then you need to choose cross-platform development rather than choosing to develop two native apps.

Google is paving the way to the future of cross-platform development. Developers often need to compromise between productivity and quality. They choose to develop separate apps for iOS and Android or turn to a cross-platform solution that fails to deliver native experiences. Flutter was designed to bridge this gap. It focuses on native performance, complex visuals, and productivity. Flutter can deliver a unified experience, reducing the time and effort you need to spend while also mitigating the risk of errors.

We are highly experienced in Flutter development, as we have created multiple apps with Flutter over the years. If you are thinking of building an app with Google’s toolkit, check out our portfolio, and let’s schedule a call to discuss — no strings attached! 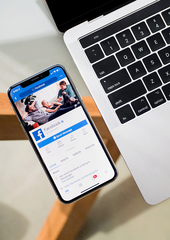 Business
How to Choose the Right Platform for Mobile App Development 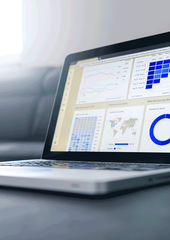 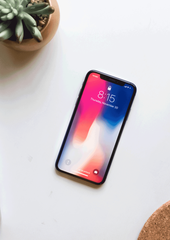