One of the prospective conferences Google I/O 2017 has come to an end. Let’s make a brief summary of the new things we’ve found out and are going to work with.

Traditionally, the conference started with the statistics of active users: 1 billion of YouTube users monthly, where 60% of video content is viewed from mobile devices; 1,2 billion photos are posted on Google daily, the number of active users is 500 million. 2 million of devices is headed by Android and Gmail has got 1 billion users.

New version of Android operating system - Android 8.0 or "O" - will be available this summer. The main distinctive characteristics are work, speed, and flexibility.

Besides Android 8.0, Google has also announced Android Go for work on low-end phones. Applications optimized for Android Go would be displayed on Google Play Store.

YouTube Go specifically focused on offering an improved experience in areas with poor connectivity. It would also permit ability for downloading and offline video viewing.

Lens technology identifies photos and image content. Now, it can recognize text information in the picture, for example, the login and password from the paper that is stuck to the WI-Fi router. A smartphone will understand that it is not just a simple text and will connect to a network.

Alongside GPS, information about places and locations will also be displayed. By pointing the camera at a restaurant, a smartphone will automatically lead to its reviews. Lens will help translate a menu from Japanese and find the corresponding dish, displaying a picture of it.

Google Assistant has also been discussed during the conference as it simplifies user cooperation with the search. It is possible to order food, send messages, search something on the Internet using one’s voice. According to the company’s representative Scott Huffman, the service will be performing a communication function and not ‘question-answer’ system. It’s available on iPhones, too.

Google Home will bring much joy to it’s users with its new notification feature and calls via smart home speaker - all made possible without a necessity to connect to a phone. Calls will be performed from its own infrastructure, but the details weren’t announced. Google Home has made arrangements with Netflix, HBO, Hulu and Spotify. It is possible to connect a speaker to Chromecast.

Meanwhile, Google continues working on virtual and augmented reality with the partners from Asus, HTC, Lenovo, Qualcomm. A new type of virtual reality devices that don’t require a smartphone is VR-platform Daydream.

With Google Expeditions virtual reality possibilities are now used for education. It allows to provide interactive lessons right in the classroom.

As far as augmented reality field, Google has presented Visual Positioning Service (VPS) system. GPS identifies a person’s location in the street and guides them to a certain destination point, for examples to a store; VPS does the same thing but indoors, guiding you to a certain place or a specific product in a store.

After the conference where all these innovations in the world of information technology have been unfolded, millions of beholders are inspired and highly motivated to start using the new features immediately, create applications for a smart home, as well as apply VR/AR possibilities and amaze users! 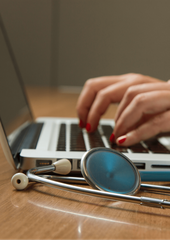 Business
How to Develop a Medical Staff Scheduling System 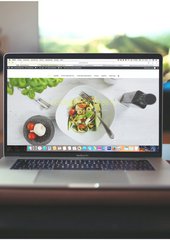 Business
How to Build a Food Delivery Website for Your Restaurant 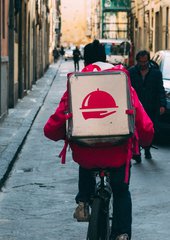 Business
How an In-House Online Ordering System Can Help a Restaurant Thrive
Saving article...
Get our tips straight to your inbox, and get best posts on your email.