How to Choose the Right Platform for Mobile App Development

In this article, we discuss the current mobile platform market. First, we’ll talk about iOS and Android.

iOS vs. Android: The market of two

Years ago, there were a variety of mobile operating systems on the market: Microsoft, Symbian, RIM, Android, iOS, plus several smaller ones. It seemed that the market would never stop expanding.

Today, there are only two major mobile operating systems left: iOS and Android. iOS has kept a more or less stable market share over the last ten years. But Android skyrocketed in 2009, outgrew iOS, and reached a similar sales volume to it in 2013.

The takeaway is simple: go for the operating system that's most popular in your key markets. If your app’s target audience is outside North America, Australia, Japan, and Western Europe, go with Android. This way your product will have more opportunities to spread and succeed.

The takeaway is simple: go for the operating system that's most popular in your key markets. If your app’s target audience is outside North America, Australia, Japan, and Western Europe, go with Android. This way your product will have more opportunity to spread and succeed.

Apart from the geographical distribution of users, there are some technical details to pay attention to.

For iOS, designers can refer to Apple’s Human Interface Guidelines. These guidelines don't dictate details, instead offering recommendations for achieving intuitive design. Some may argue that Apple’s guidelines give designers more freedom than Google’s.

Without getting into too much detail, there are three main differences between the Material Design Guidelines and Human Interface Guidelines.

Steelkiwi’s note: When looking for inspiration, native app developers check online galleries like Dribble, Pttrns, Inspired UI, and Mobile patterns that have modern templates both for iOS and Android.

Android is an open platform. Developers can use Android source code to customize the Android operating system.

Although this definitely has advantages, an open environment can make mobile development problematic because:

Below is Google’s official chart with 2021 updates on the status of Android platform fragmentation.

iOS has little to no issue with fragmentation. The most recent chart from Appleshows that the half of all devices are running iOS 13.

The takeaway: an iOS application will run on more devices for less development time than its Android counterpart.

When you have deadlines to meet, the time required for app store submissions can be a crucial factor. Before submitting, go through thechecklist for the App Store and Google Play.

The App Store applies manual quality testing with real people performing step-by-step app reviews. On top of that, they also use automated tests. The waiting period for a single app review is one to two days.

If your app is rejected, a review team member will explain the reason. Below, you can see the top ten reasons why your app could be removed from the App Store:

The  Google Play Store uses automated testing only. This can leave some minor issues unnoticed but simplifies the process. An app can be available on the Google Play Store in as little as one to three days after submission. If your app is rejected, however, it’s difficult to get ahold of Google’s review team to discuss why.

Application updates take one to two days on the App Store; on Google Play, apps can be updated every two hours.

In our experience, the App Store is very meticulous in their reviews while Google Play hardly ever rejects applications.

Some online sources suggest that developing for iOS is cheaper than for Android. We can say from experience that this is not true.

The price of app development depends on an app’s features and design, not on the programming language or operating system. Some people make the basic argument that Java code is generally more verbose than Swift code. However, we would also like to dispel this rumor with two points:

To get a proper estimate of the cost of development, you can multiply your team’s hourly rate by the estimated development time. There’s no other way to determine a price without making calculations for a specific project.

When it comes to generating in-app revenue, there are several techniques to consider. Developers usually take different approaches for iOS and Android apps based on their target audiences.

iOS users are more likely to spend money on applications and tend to spend more than Android users when they do so. According to a market study by Wolfgang Digital, the average Android user spends three times less on apps than the average iPhone user.

The App Store generates money mostly from app purchases. But Google Play users don’t particularly enjoy buying their apps. iPhone owners tend to object to any and all in-app advertising. Android users often seem not to be bothered by it.

Based on these facts, we can suggest the following application monetization strategies:

iOS vs. Android: The current situation and future prospects

Android 11 is the most recent version of Google's operating system. Since March 2021, Android 12 is available only for developer previews. The beta release will start in May and the final release is planned for autumn 2021. It offers many new features and updates including more dynamic media controls, a built-in screen recorder, better control over conversation notifications, smarter voice access, and more.

For Apple, the latest version of their mobile operating system is iOS 14. It offers improvements to widgets that are now more beautiful and data-rich, the App Library, UI design (more compact now), web and in-app search, messages, memoji, and more.

We’re pretty sure that with augmented reality and virtual reality, the sky is the limit. Apple and Google continue to improve these technologies with each update. If you're looking to integrateAR and VR into your own app, now’s the time.

Also, let’s not forget about machine learning. As interest in this technology increases, developers strive to simplify its implementation. And the simpler it gets to implement machine learning, the easier it is to create products that can learn from users and adapt to their preferences.

Were you waiting for the last part of this article where we would tell you which operating system to develop for?

Sadly, making a definite call is a rather impossible task. In spite of how different Android and iOS are, there’s no definite winner. Base your choice on the specifics of the app you want to create, focusing on your app’s unique needs and the solutions offered by each platform.

An app that’s available on both platforms is accessible to more users. Hence, it has a way better chance of success. And here’s a good rule of thumb: an MVP is better than nothing at all. Consider creating an MVP for both iOS and Android, then improve the features as it makes sense.

Looking to get an estimate for product development? Contact our sales department, tell them what you have in mind, and we’ll get started right away. We’ll be glad to offer great professionals to help you. 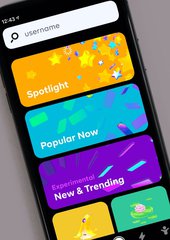 Business
How to Choose the Perfect Name for Your App 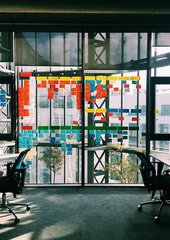 Business
What is MVP and why is it necessary?