Is There Such a Thing As Bug-free Software?

We strive for perfection and get frustrated when we don’t get something right from the start. Maybe we simply need to change our attitude, aiming for excellence rather than perfection. This goes for apps as well. You are probably asking yourself: Why does software have bugs? Is it possible to develop a 100% bug free software?

You want your app to work flawlessly, like clockwork, yet bugs appear. You may wonder: Is there a bug-free app out there and how can I build one? The answers are within this article.

Let’s first discuss what defects in software development are and define the types of software bugs.

A bug is an error, flaw, failure, or fault in a computer program or software system that causes the app to produce an incorrect or unexpected result and behave in an unintended way.

SteelKiwi definition: Bugs are bugs when they are found and reported.

Reasons for bugs to appear

Now that you know what kinds of bugs exist, you need to know why they appear.

Things change and advance over time, technology included. Time doesn’t spare software, and therefore bugs can appear. Take iOS as an example. As soon as Apple introduces a new version of iOS, let’s say 10th, and makes changes to the interface, you have to adjust your product for the new version so that your app works as expected. By making these updates, you eliminate bugs and ensure that users won’t leave your app.

Your software probably contains APIs for social sharing or payment integrations, and these APIs are also regularly updated. These updates may cause bugs to appear as well, and these bugs need to be removed to keep your users satisfied with the capabilities your app offers.

Over time, software becomes more complex. Today, we can enjoy AI, VR, and AR experiences. These and other technologies translate into complex solutions. A simple program that’s predictable can be bug-free. Software with a sophisticated logic behind it is likely to contain bugs, however, especially when new features are added.

No software is perfect

Zero bug development is a myth that should be dispensed with. In order to stay relevant, you need to keep things fresh. Twitter, Facebook, Gmail, Dropbox, and other companies constantly improve their software, as we can see in the What’s new section of app store listings. They make improvements to meet end users’ evolving expectations along with changing web and mobile technology.

You can test your software as much as you want, however you cannot control the execution environment. End users will almost always find bugs and problems given all the different computer and mobile configurations out there. Therefore, you should offer customer support and bug reporting options.

Quality assurance engineers can test an app but they can’t envision all possible things that end users might do. Everyone is different. People think differently and thus use apps differently. It’s good to provide your users with bug reporting options and the ability to rate the app because you can always fix reported bugs and improve your app. Take a look at the comments people leave on your app in the app stores. There are no successful apps that have gotten all 5-star ratings and no bug reports or had zero defects software development.

How should you approach software development?

When you start doing something, you first prepare and build a plan. You should take the same approach to creating an app. To avoid critical issues that may arise and keep your nerves steady, here’s how you should approach your first or your next development project.

Expecting your developers to write bug-free code is unrealistic. Try not to focus on bug free code. Keep your focus on giving your early adopters a product with good functionality that can solve their pains.

Bugs appear because of a gap in what the software does and what the end user expects it to do. You can easily solve this problem if you create detailed technical specifications and project requirements before developers start coding.

When weighing your options as far as price, you must decide whether you want inexpensive software that’s average or expensive software that works well 99 percent of the time. To achieve a frictionless user experience and eliminate bugs, you need to hire a skilled development team. But finding good developers that use the best programing language for your app takes time and effort, so don’t rush. The quality of your software will depend on the team you work with. A skilled development team knows how to reduce bugs in software.

Why do I need quality assurance? you may ask. When you start development, we break the process into sprints or iterations. Every new build is tested and a QA engineer will be the first person to try the app before it reaches early adopters. Just as text goes through copyediting and reviews, your app should go through processes to check and test its main user flows. With a good QA team, bugs can be reported and fixed before they reach actual users. Many techniques exist that allow QA engineers to perform manual or automated testing. Developers can also use unit testing. In a nutshell, a good QA engineer knows how to identify software bugs.

You should be sure that all main workflows and core features are tested. However, 100 percent test coverage is impossible as you can’t predict how end users will behave. Even if bugs are detected after launch, your team will likely fix some of them free of charge. Development companies usually give clients some time to test their software, and if they find bugs during that time the company fixes them for free. Then companies offer paid long-term support to fix other bugs.

Over the past seven years, major tech companies have issued bug bounty programs to help them achieve bug free software. These companies welcome vulnerability reports from hackers and offer them cash bounties. Anyone can catch security bugs on a platform and point them out in exchange for cash rewards. Companies that don’t have the technical expertise to run their own bounty programs outsource this important security work to outside firms.

Apple’s bug bounty program was first launched in September 2016 and welcomed two dozen security researchers to report vulnerabilities in the tech giant’s software. The framework has expanded since to include additional bug bounty hunters. But without a public website, it’s difficult to gather any details about the program, including which participating ethical hackers have claimed bounties.

Apple will pay $25,000 for flaws that could allow an actor to gain access from a sandboxed process to user data outside of that sandbox. The program is also ready to pay over $100,000 to those who can extract data protected by Apple’s Secure Enclave technology. The highest bounty comes in at $200,000 for reporting security issues that affect Apple’s firmware.

Almost all content in the google.com, youtube.com, and .blogger domains falls under Google’s vulnerability rewards program. This program covers design and implementation issues that affect the confidentiality and integrity of user data. These weaknesses include cross-site scripting vulnerabilities and authentication flaws. Finding remote code execution vulnerabilities in applications that permit taking over a Google account, normal Google applications, and other sensitive applications are worth the highest bounties. These flaws include sandbox escapes and command injections. Google paid out $2.9 million in bug bounties in 2017.

Netflix first launched its vulnerability disclosure program in 2013 to let researchers report security issues. By now, the company has received and remediated 190 issues.

Netflix says that the highest payout so far has been a $15,000 reward for identifying a critical vulnerability. The amount of cash bounties depends on the impact of each vulnerability on the system’s performance.

Bug bounty hunters play a key role in the software security space. They detect some of the worst vulnerabilities before hackers can exploit them. Finding bugs is not only monetarily rewarding – it also raises bug bounty hunters’ profiles in their research community when they find a big bug.

There is no such thing as a bug free application

Nothing in this world is perfect, including apps. They require rigorous testing before launch and constant updates after launch to stay relevant and ensure a good user experience. Even after an app is released, you cannot control its execution environment because there are many devices it can run on. Such great companies as Facebook, Intel, and GitHub are even ready to pay for reports of major bugs. Numerous organizations and even some government entities have launched their own vulnerability reward programs (VRPs).

Quality assurance for your app is a lifelong process due to constant changes in technology. By uniting all your efforts, you can make an excellent app. Developers, QA engineers, bug bounty hunters, users, and you yourself can help build a good product that addresses a particular need. You should strive for excellence, not perfection, and realize that you’re not going to achieve bug free development unless you’re building a space shuttle.

If you’re looking for a development team that can overcome technical challenges and that aims at excellence, get in touch with us. We’d be glad to partner with you and put all our efforts as well as our technical expertise to work building an app that your users will enjoy. To get a better idea of the projects we’ve completed, visit our technical case study page. 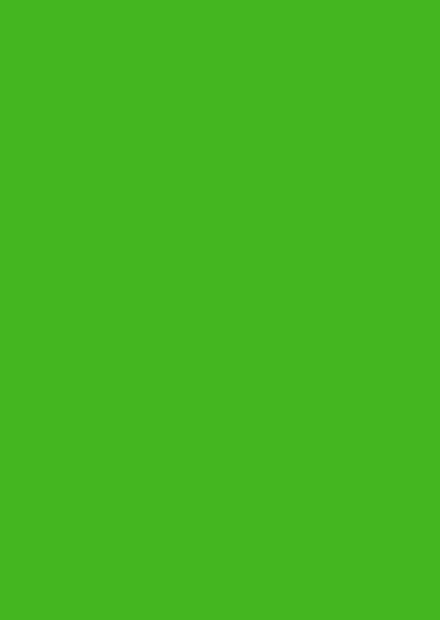 Engineering
Main advantages of Automation testing for your software 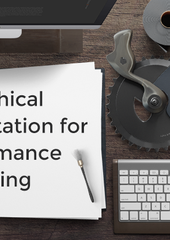 Business
Is a QA expert that necessary during development?
Saving article...