Making Effective Use of Smart Contracts

The deal is always sealed with a contract signed by both parties. When we think of a contract, we imagine a traditional way of signing it. We also think of a third party that acts like an intermediary between the two parties who want to make a deal. The model where some other institution helps people with transactions is soon to change with blockchain technology that can implement smart contracts.

Back in 1994, Nick Szabo, a scholar and cryptographer, realized that a decentralized ledger could be used for digital contracts or so-called self-executing contracts. Szabo described them as “a set of promises, specified in digital form, including protocols within which the parties perform on these promises.”

A digital contract is similar to the contract in the physical world. A smart contract translates an agreement to computer code and runs on the blockchain. Simply put, it’s some code written inside the blockchain. This code keeps track of terms of agreements and automates fulfillment. Smart contracts help the involved parties exchange money, property, shares, or anything else of value.

Smart contracts have the following characteristics:

How do smart contracts work?

A smart contract is a program that runs within a blockchain. It contains a set of rules that constitute an agreement made between two or more parties. When these rules are met, the digital contract executes the transaction. It’s like a regular application that implements some business rules, only it uses a blockchain as a database.

The anatomy of a smart contract

Once the program starts running, nobody can modify it. This is another advantage. People can examine the source code to understand what exactly the program does and can know that this code cannot be modified by hackers or viruses because smart contracts rely on blockchain cryptography.

Here are some of the major benefits that smart contracts can bring to your business.

Direct business relationships. Digital contracts remove the necessity of a third party to perform any dealings between two entities who want to exchange money, property, shares, or anything else of value. Parties commit themselves to the rules of the digital contract that are placed within lines of code.

Integrity. The network will still work as predetermined even if someone leaves it.

Speed. Smart contracts use code and live on the internet. They execute transactions quickly. This saves time for many business processes and eliminates the need to process documents manually.

Security. Smart contracts use the same level of security as a cryptocurrency. As of today, they’re the safest way to store data on the web.

Keeping records. All contracts are stored in chronological order and can be easily accessed when necessary.

Paper-free. Contracts that are signed on paper can be lost, stolen, or destroyed, whereas smart contracts exist in lines of code in digital space.

Use cases of smart contracts

Businesses want to simplify their processes and speed up existing workflows. They can leverage digital contracts to do this. Here are fields that can benefit from smart contracts.

In healthcare, smart contracts help improve insurance trial processes, give access to cross-institutional data, and give patients confidence that their sensitive data is secure.

Robomed Network is a decentralized medical network that issues its own tokens to support smart contracts between healthcare providers and patients. Robomed Network is in beta testing now and uses the Robomed EHR (Electronic Health Record). This system allows users to connect and manage their cooperation based on Ethereum blockchain smart contracts. The digital contract monitors all interactions with patients, metrics of effectiveness, and patient impressions of interactions with care providers.

Government agencies can execute deals with the help of smart contracts, supporting justice and democracy. For example, if a government included smart contracts in the voting process, there would be no possibility to falsify an election.

In this case, votes would be placed in a distributed register and decoding them would require exceptional computing capabilities. There are currently no computers that could manage, so it’s impossible to hack this system.

Name Bazaar is integrating smart contract technology within a peer-to-peer marketplace where users can exchange internet domains on the blockchain.

The real estate industry can use smart contracts to sign deals between parties who are interested in buying, selling, or renting real estate.

Propy is one of the first real estate companies to make use of smart contracts. They saw their first transaction in September 2017, when someone purchased a $60,000 apartment in Ukraine. This real estate marketplace allows owners and brokers to list properties. Buyers can search and negotiate. Buyers and sellers both participate in the smart contract and specific steps are taken by both parties throughout the process to ensure fair and legal play.

Smart contracts can pave their way in the legal field where certifying documents is required. They can reduce the need for notarization and offer a cost-efficient solution that’s also unbiased.

Why should you trust smart contracts?

Smart contracts work within blockchains therefore they are immutable and distributional just like blockchain itself.

Immutability means that a digital contract can’t be changed, tampered with, or broken.

Distribution means that a contract is to be validated by every party in the existing network. Distribution safeguards the agreement and no attacker can release funds.

Different blockchain networks and projects implement smart contracts. Ethereum is one of the most popular.

How do Ethereum contracts work?

Ethereum is a decentralized platform that implements smart contracts. It’s safe and no one and nothing can interfere with its work. The Ethereum blockchain database stores transactions between people, transactions involving smart contracts, and their source code.

Smart contracts that make use of ETH are written with the Solidity programming language. This language helps developers write self-enforcing smart contracts running on the Ethereum Virtual Machine.

Smart contracts live in the form of bytecode within the decentralized database. This is the root of the innovation and disruptive potential of Ethereum

Smart contracts can streamline research. For example, NASA has sponsored a research project that uses smart contract system on Ethereum to automate maneuvering of space technology to evade space debris. The project, called Resilient Networking and Computing Paradigm, is led by Dr. Jin Wei Kocis, Associate Professor of the Department of Electronic and Computer Engineering at the University of Akron.

To implement the pilot project, Kocis’s team received a grant amounting to $330,000 from NASA. Within the next three years, the team is planning to develop a cognitive model using smart contracts. This model doesn’t depend on data they receive from Earth but from space. Ethereum-based smart contracts will teach space shuttles to avoid space litter.

NASA representatives think that this project can use the potential of decentralized ledgers/registers to create next-generation space networks.

Other platforms and projects

NEO is non-commercial blockchain project launched in China in 2014. It enables the development of decentralized “smart economy”. In NEO network, to fulfill specified conditions, smart contracts use virtual machines (VMs) that automatically optimize the digital contract code before launching it and organize it so that it works with the highest efficiency. This approach will be more efficient in the long run, although code reorganization requires more time for running and executing than that in Ethereum.

Nxt is a decentralized open source site for launching secure DApps: electronic payment systems, instant messengers, and trading platforms. The platform was launched in November 2013. Its goal was generating its own tokens on the Nxt blockchain with unlimited use. Also, the Nxt platform contains a limited set of templates for digital contracts, but users do not have the ability to run their own smart contracts.

Ubiq is a decentralized platform with the open source code for launching and implementing smart contracts and DApps that work in an automatic mode. The platform was launched in September 2014. In January 2017, it replaced the Jumbucks blockchain with UBIQ blockchain, which is based on Ethereum. The Ubiq project is focused on providing automated smart contracts with high bandwidth for businesses, while developers position the platform as a supercomputer to work with the blockchain.

Exonum is a framework for blockchain projects. Exonum securely and easily allows companies or governments to build a Blockchain system that solves different challenges. Its security is based on Bitcoin Blockchain. It also offers the technology’s most attractive features like transparency and smart contracts. Exonum is based on Rust, one of the most secure programming languages as of today.

The future of digital contracts

As technology penetrates every sphere of our lives, so will smart signing with their capabilities to transform the way we operate. Smart contracts are able to execute transactional relationships securely and safely. They’re irreversible and ensure execution when legally binding rules are met. Industries will continue shifting to smart contract technology. The blockchain is ideally suited to transform complex legal agreements into step-by-step processes that can be captured in software.

Looking to partner with a software development team to build your own digital contract? Contact us and we’ll assist you in creating a digital contract that seals the deal. 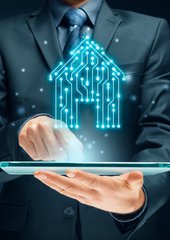 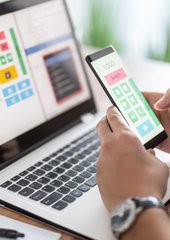 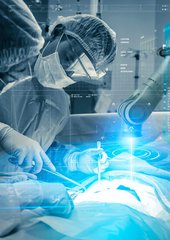 Business
Why Technology Is The Key To A Successful Healthcare Practice
Saving article...