MVP vs POC vs Prototype: Bringing Great Ideas to Life

No doubt you want to tread a clear path from your idea to your final product. But how do you get from point A to point B? Jumping right into coding may be unreasonable, especially if your product has no analogs and is at the discovery stage.

The What does MVP mean? question may no longer be a problem for you. But maybe What is a proof of concept? is what you ponder on. There is also product development prototyping your software development team will refer you to. The technology world has its own terminology that may be somewhat confusing for new entrepreneurs with fresh ideas.

Today, we want to give you a 360-degree view of MVPs, POCs, and prototypes so you can make the right business choices regarding app development. You’ll then be able to approach investors and agencies and see how your product can best bring value to your customers.

What is proof of concept, prototype, and MVP?

The main misconception is that these three terms relate to different types of MVPs. In reality, a proof of concept, a prototype, and an MVP are different parts of the development process.

A proof of concept is precisely what it sounds like. The concept is your app idea; the proof is some sort of action you take to make sure this idea resonates with tens or thousands of other people. You shouldn’t just blindly develop your application. You need to check if it creates interest and if there’s a perceived need among users. Otherwise, your time, money, and effort will be wasted.

To validate your assumptions and your business model, you need to know whether your idea is feasible. You may employ market research and interviews or gather raw data to validate your assumptions. To get a proof of concept, you may use manual tools including emails, spreadsheets, and SMS messages. It all depends on the touchpoints you have with the target audience you aim to develop for.

If you get positive feedback, such as a large number of sign-ups, interest in the form of questions, or pre-sales, then you can turn your proof of concept into a digital product.

As the Oxford English Dictionary puts it, a prototype is “a first or preliminary version of a device or vehicle from which other forms are developed.” If we think about a prototype in the digital world, it’s a visual representation of what a software product will look and feel like. With a prototype, you can present your idea in front of investors and potential users to catch their interest. A prototype isn’t a functional app yet, as it’s not built with code and doesn’t process any data.

An experienced UI/UX team can create a prototype you can then share with users. This will allow you to kick-start a feedback loop prior to production. With each piece of feedback from your prospective users, you’ll be able to optimize your prototype and make it pixel perfect. Since there’s no code yet, it’s cheaper to make changes to the user interface and user experience with a prototype than it is with a real application.

What does MVP mean? A minimum viable product, or MVP, is a basic product that revolves around a core feature. An MVP aims to satisfy early adopters while addressing a problem and meeting a certain opportunity in the market. You can think of an MVP as a prototype that’s powered by code.

How an idea develops into a proof of concept

It’s best to describe the process of product development using an example. As a software development company, we work with many startups. We help them develop their products from idea to MVP.

For instance, we helped one of our clients build an MVP for the SlayWoke social networking platform. Before starting development, our client needed a proof of concept to make sure people would want to use his app.

The first thing he did was analyze where Facebook and Instagram lagged. He thought of Facebook as an app for every grandma and grandpa and Instagram as a ‘vanity fair’ to some extent, with people posting their social statuses instead of inspiring pictures. After finding the gaps, he researched all social apps out there to better understand how to craft SlayWoke.

Our client also analyzed student interactions in the offline world. School students want to connect in order to share experiences and things they’ve learned, or simply because they want to start a conversation with someone they like. Additionally, meeting others and developing relationships is an integral part of socialization on and off school campuses.

Our client wanted to develop an app specifically for hip kids. And being part of the hip culture himself, he approached students in middle schools and high schools in his neighborhood to ask them whether they liked his app idea. After getting positive feedback, he knew for sure that he would develop a social app.

Thus, our client’s app idea was validated by analysis, research, and conversations with potential users.

After realizing the need for an app that lets students socialize and build a community, our client thought about how he could let students connect. Our team at Steelkiwi, together with our client, thought of radar that helps users find other people near them. Geolocation technology helped us come up with one of the main features of the app: a map with radar to detect other students in the area using the same app.

Going on with prototype product development

Once you get a proof of concept, you can proceed with prototype product development. At Steelkiwi, we differentiate among multiple prototyping stages: clickable prototypes made in Invision, interactive visual prototype with HTML/CSS code, and mobile apps without the backend―these all have a place in prototype development process.

Another project we developed for a client featured an interactive visual prototype of a website for a healthcare center. In this case, we put the website’s functionality into HTML and CSS code. This is cheaper than creating a full-fledged application. Interactive visual prototypes allow you to present the whole system in front of users and stakeholders to check interactions in the interface. This prototype lets you simulate interactions that are as close as possible to reality.

To clearly show the purpose of each page or screen and put every single feature to use, you can go with a mobile app without the backend. This mobile app prototyping will let you perform all actions within the application, but there’s no functional backend to process the data in any way.

Moodistory is a mood tracking application that we built this way. Without putting any effort into building the backend architecture, we created the journey a user takes to make a journal entry. You can see our prototype of Moodistory in the video below:

How a prototype grows into an MVP

Let’s revisit the idea of a prototype process for a little while. We create a product development prototype to be able to see how the product will look and feel. It’s like making a sketch before brushing in color. When you are done with product design and prototyping, you may certainly tell your prototyping engineer and software team to move to a minimum viable product.

Once you see that your prototype is usable – once the first users lay their hands on it and give you feedback – you’ll know what direction to take. There can be at least two directions: rethink some UI/UX elements or move on to building your MVP.

MVP vs POC vs prototype: Where do you stand?

What are the benefits of building a product from POC to prototype to MVP?

Benefit #1 Test the concept. Before you invest in development, you can test how well your idea is perceived by your audience. The point of building a product starting with a proof of concept, then moving to a prototype and MVP is to see whether your concept is viable and finds support. You can adjust your initial idea based on how your audience reacts. The sooner you pass through these stages, the better your value proposition will be.

Benefit #2 Speedy development. When building your product with this approach, you need only a minimum set of features. It takes more time to build a fully fledged product. You can’t go wrong – and will save time – by choosing the path from proof of concept to prototype to minimum viable product.

In the best-case scenario, your MVP prototype, and POC lifecycle will look like the image below.

Benefit #3 Find loyal users. By letting users interact with your product, let’s say at the prototyping stage, you can already generate some excitement and brand awareness.

Benefit #5 Low investment risk. Investors are likely to support your idea if you ensure them that the risks are low. Once you’ve proven your concept and tested your prototype, you can easily present your product in front of investors. They’ll be twice as willing to sponsor your app development based on the strong evidence you provide.

A final note with a checklist

When you develop a product from scratch, it’s crucial to think about it in terms of proof of concept, then prototype, then MVP. It’s never easy to remember all terminology, but understanding these three terms can help you approach product development from the right perspective.

To see whether your idea is likely to succeed, you need a proof of concept. Don’t think that what you assume users want is what they actually want. Once you’ve proven that your concept is valid, you can continue with prototyping and product design.

Make sure you build your MVP around the core interaction in your app. To do so, you need to identify the core feature and all those additional features you can’t go without.

Your checklist before starting

If you answer to one or more of these questions yes, then you definitely need to go the safe way and build from proof of concept to prototype to MVP.

Want a team to give you advice on app development? Get in touch with us and we’ll help you win time, money, and users! 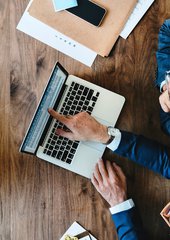 Business
I have a great mobile app idea. What do I do next? 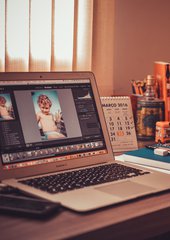