Python by the Numbers: How Strong Is the Demand for Python on the Software Development Market in 2021?

Is Python in demand? What will happen with Python in the next five to ten years? These are common concerns that product owners have when they consider using Python to develop their software.

We’ve analyzed data from credible sources such as Stack Overflow, GitHub, JetBrains, TIOBE, Statista, and PYPL to provide an accurate answer to the question How strong is Python demand on the market?

Top programming languages in 2021 and the position of Python

To measure the popularity of Python, you need to see how Python is doing compared to other languages.

According to the 2020 Stack Overflow Developer Survey, Python ranks as the third most loved programming language, following JavaScript, HTML/CSS, and SQL. Taking a look at languages that developers say they aren’t developing with but want to learn, Python takes the top spot for the fourth year in a row.

The TIOBE index calculates ratings for languages based on the number of search engine hits. The latest TIOBE report indicates that Pythonmade a positive jump of 2.01% in 2020.

In June 2019, TIOBE stated that “if Python can keep this pace, it will probably replace C and Java in 3 to 4 years time, thus becoming the most popular programming language of the world.” It’s worth noting that Python’s rating in the TIOBE index increased significantly from 8.530% in June 2019 to 11.72% in January 2020. Also, an interesting fact is that Python has won the TIOBE programming language of 2020 award because it has gained the most popularity in a year.

To see the bigger picture, let’s look at how things have changed for Python since1996. As you can see, Python is moving forward and is now the third most popular programming language according to the TIOBE index.

Python is often compared to other languages such as Java, JavaScript, and C++. We used Google Trends to see the popularity of these languages in Google search queries worldwide over the past 12 months, from February 2020 to February 2021. Python tops the chart, followed by Java and JavaScript.

The more people are interested in growing a technology, the quicker it develops. Communities share experiences, troubleshoot issues, update documentation, upgrade functionality, and help one another.

According to SlashData, Python is ranked third in terms of developer activity. As of Q2 2018, there were 7 million Pythonistas around the world. The Python Developers Survey 2020 by JetBrains reports that one-fifth of Python developers live in China. Other popular locations include United States, India, Japan, Russia, and Brazil.

To get a fuller picture of the Python community, we’ve analyzed data from the Python Developer Survey 2020 and visualized it in an infographic.

The number of job postings is a great indicator of demand for a language. To see the demand for Python programmers, we analyzed current job postings on Indeed, one of the most popular job websites worldwide. We found that Java, Python, JavaScript, and C++ are among the top skills employers are looking for in 2019.

Let’s talk numbers now. Compared to September 2019, job postings for these languages are on the rise as a whole. Though the rankings didn’t change much for C++ and Java, Python saw a substantial increase from 70,242 postings in September 2019 to 79,942 postings in February 2021.

Python is in great demand among ordinary companies as well as in Silicon Valley. World-famous companies such as Amazon, Google, Apple, Deloitte, Microsoft, Netflix, and Accenture are among those with the most Python developer job postings.

Let’s take a look at Accenture in more detail. As of February 2021, they had 209 Python developer jobs listed. Here’s one of their job postings:

What is Python most often used for?

To see whether there will be strong demand for Python in the future, we’ll look at how Python is used today.

The Python Developer Survey 2020 says that the five main uses cases for Python are:

Developers choose Python for these new fields because of its simplicity, flexibility, stability, and great community. If you have any difficulties developing your project, there are plenty of Python forums and groups, so you’re sure to find answers to your questions.

One more reason why developers go with Python for machine learning and data science is the wide range of scientific libraries the language has. For example, you can use TensorFlow, Keras, and scikit for machine learning; NumPy, Pandas, Seaborn, and SciPy for data analysis and visualisation; and NLTK and spaCy for natural language processing.

Python is the top choice for web development. The reasons for this are many: ease of use, readability, robustness, maintainability, versatility, flexibility, and security. Also, there are a wide range of web frameworks Python offers to simplify development. Among the most popular are Django, Flask, Tornado, Pyramid, web2py, Bottle, and CherryPy. Django and Flask took thetenth and eleventh spots in the list of most commonly used web frameworks by Stack Overflow in 2020.

Python in action: Companies that use Python

Another way of looking atPython market demandis by considering real-world Python projects. According to BuiltWith, there are246,163 websites that use Python as of February 2021. Among world-famous companies that use this language are Instagram, Google, Netflix, Reddit, IBM, Facebook, Spotify, Quora, and Dropbox. Let’s take a moment to review some of them.

Python hasn’t been an essential part of Reddit from the start. Originally, Reddit was written in Common Lisp, but six months later the company migrated to Python. During the Python Conference in 2009, Reddit CEO Steve Huffman commented on the company’s shift to Python, saying there were two major reasons for it. The first was that Python had more libraries. The second was it's writable, expressive, and readable code.

Reddit hosts over 330 million monthly active users, has over 21 billion screen views each month, contains more than 130,000 active communities, and is the fifth most visited website in the US. To handle high loads and ensure efficient and fast performance, Reddit uses Python.

One of the world’s leading entertainment media service providers, Netflix has been using Python as the main technology from the beginning. They use Python across all of their processes, combining in-house software libraries with well-known Python packages.

Where exactly does Netflix use Python?

In addition to the use cases mentioned above, Netflix relies on Python for machine learning. The algorithms they apply include:

The list of Python use cases at Netflix goes on. So far, Netflix has created several open-source Python projects. Some of the most popular include:

From the outset, Google decided to adopt “Python where we can, C++ where we must.” Google’s interest in Python is also proven by the fact that they’ve attracted the best Pythonistas to join them, including Guido van Rossum himself ― the creator of Python ― who worked for Google from 2005 until 2012.

There are many ways Google uses Python:

We’ve asked our Python developers: What’s the future of Python?

It’s clear that Python is on the rise. But what about its future? We’ve asked our Pythonistas about what to expect from Python in the future. Here’s what they said.

I’m sure that Python and its incredible ecosystem will continue to grow in the future. And using this language will be an indispensable skill needed for software engineers of any branch.

The future of Python is promising. Up to now, Python has been in demand in areas such as web development, software development, and system administration. With the rise of data science and Python scientific packages such as NumPy, pandas, and Matplotlib, Python popularity is growing.

I suppose that Python will continue to assert itself among asynchronous languages. Not only asyncio, a powerful and productive solution built in Python’s standard library, but also the fact that Django, one of the most popular web frameworks, will support asynchronous syntax out of the box attests to this.

Python is a very popular programming language designed more than 25 years ago. Python can be used in different areas starting from web development to desktop app development to machine learning to big data to data analysis to robotics. There are many reasons why people like this language and why it’s well suited for different projects, including clean syntax, very understandable code, a wide range of uses, packages that help implement features, and a cool community that helps develop this great language. To answer the question regarding Python’s future, I’d say that I’m pretty sure this language has a great future.

Python is a mature and full-fledged programming language that had for a long time been conservative. Yet recently, Guido van Rossum, the creator of Python, has stepped down from his role of Benevolent Dictator for Life (BDFL). This means that we’re supposed to expect new features from new Python leaders.

But apart from the Python standard library, there are a bunch of external libraries that shape Python development and are no less important. This is where everything is good: new frameworks and libraries are created and old ones are improved. Data science is one of the new fields that is actively being developed. And Python is a superstar there.

We hope that our article has answered the question is Python programming in demand? If you would like more information on Python market demand, feel free to message us. We’d also be happy to help if you want to develop an application in Python. 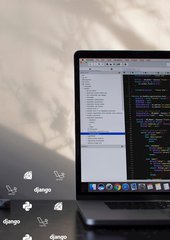 Business
Ruby on Rails vs Django vs Laravel: The Ultimate Comparison of Popular Web Frameworks 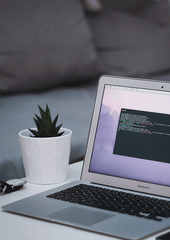 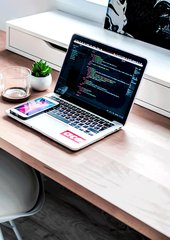 Engineering
Why Django is the Best Web Framework for Your Project
Saving article...