Why Use Python for AI and Machine Learning?

Machine learning and artificial intelligence-based projects are obviously what the future holds. We want better personalization, smarter recommendations, and improved search functionality. Our apps can see, hear, and respond – that’s what artificial intelligence (AI) has brought, enhancing the user experience and creating value across many industries.

Now you likely face two questions: How can I bring these experiences to life? and What programming language is used for AI? Consider using Python for AI and machine learning.

AI projects differ from traditional software projects. The differences lie in the technology stack, the skills required for an AI-based project, and the necessity of deep research. To implement your AI aspirations, you should use a programming language that is stable, flexible, and has tools available. Python offers all of this, which is why we see lots of Python AI projects today.

From development to deployment and maintenance, Python helps developers be productive and confident about the software they’re building. Benefits that make Python the best fit for machine learning and AI-based projects include simplicity and consistency, access to great libraries and frameworks for AI and machine learning (ML), flexibility, platform independence, and a wide community. These add to the overall popularity of the language.

Python offers concise and readable code. While complex algorithms and versatile workflows stand behind machine learning and AI, Python’s simplicity allows developers to write reliable systems. Developers get to put all their effort into solving an ML problem instead of focusing on the technical nuances of the language.

Additionally, Python is appealing to many developers as it’s easy to learn. Python code is understandable by humans, which makes it easier to build models for machine learning.

Many programmers say that Python is more intuitive than other programming languages. Others point out the many frameworks, libraries, and extensions that simplify the implementation of different functionalities. It’s generally accepted that Python is suitable for collaborative implementation when multiple developers are involved. Since Python is a general-purpose language, it can do a set of complex machine learning tasks and enable you to build prototypes quickly that allow you to test your product for machine learning purposes.

Extensive selection of libraries and frameworks

Implementing AI and ML algorithms can be tricky and requires a lot of time. It’s vital to have a well-structured and well-tested environment to enable developers to come up with the best coding solutions.

To reduce development time, programmers turn to a number of Python frameworks and libraries. A software library is pre-written code that developers use to solve common programming tasks. Python, with its rich technology stack, has an extensive set of libraries for artificial intelligence and machine learning. Here are some of them:

With these solutions, you can develop your product faster. Your development team won’t have to reinvent the wheel and can use an existing library to implement necessary features.

What is Python good for? Here’s a table of сommon AI use cases and technologies that are best suited for them. We recommend using these:

Platform independence refers to a programming language or framework allowing developers to implement things on one machine and use them on another machine without any (or with only minimal) changes. One key to Python’s popularity is that it’s a platform independent language. Python is supported by many platforms including Linux, Windows, and macOS. Python code can be used to create standalone executable programs for most common operating systems, which means that Python software can be easily distributed and used on those operating systems without a Python interpreter.

What’s more, developers usually use services such as Google or Amazon for their computing needs. However, you can often find companies and data scientists who use their own machines with powerful Graphics Processing Units (GPUs) to train their ML models. And the fact that Python is platform independent makes this training a lot cheaper and easier.

In the Developer Survey 2020 by Stack Overflow, Python was among the top 5 most popular programming languages, which ultimately means that you can find and hire a development company with the necessary skill set to build your AI-based project.

In the Python Developers Survey 2020, we observe that Python is commonly used for web development. At first glance, web development prevails, accounting for over 26% of the use cases shown in the image below. However, if you combine data science and machine learning, they make up a stunning 27%.

Online repositories contain over 140,000 custom-built Python software packages. Scientific Python packages such as Numpy, Scipy, and Matplotlib can be installed in a program running on Python. These packages cater to machine learning and help developers detect patterns in big sets of data. Python is so reliable that Google uses it for crawling web pages, Pixar uses it for producing movies, and Spotify uses it for recommending songs.

It’s a well-known fact that the Python AI community has grown across the globe. There are Python forums and an active exchange of experience related to machine learning solutions. For any task you may have, the chance is pretty high that someone else out there has dealt with the same problem. You can find advice and guidance from developers. You won’t be alone and are sure to find the best solution to your specific needs if you turn to the Python community.

AI is still developing and growing, and there are several languages that dominate the development landscape. Here we offer a list of programming languages that provide ecosystems for developers to build projects with AI and machine learning.

R is generally applied when you need to analyze and manipulate data for statistical purposes. R has packages such as Gmodels, Class, Tm, and RODBC that are commonly used for building machine learning projects. These packages allow developers to implement machine learning algorithms without extra hassle and let them quickly implement business logic.

R was created by statisticians to meet their needs. This language can give you in-depth statistical analysis whether you’re handling data from an IoT device or analyzing financial models.

What’s more, if your task requires high-quality graphs and charts, you may want to use R. With ggplot2, ggvis, googleVis, Shiny, rCharts, and other packages, R’s capabilities are greatly extended, helping you turn visuals into interactive web apps.

Compared to Python, R has a reputation for being slow and lagging when it comes to large-scale data products. It’s better to use Python or Java, with its flexibility, for actual product development.

Scala is invaluable when it comes to big data. It offers data scientists an array of tools such as Saddle, Scalalab, and Breeze. Scala has great concurrency support, which helps with processing large amounts of data. Since Scala runs on the JVM, it goes beyond all limits hand in hand with Hadoop, an open source distributed processing framework that manages data processing and storage for big data applications running in clustered systems. Despite fewer machine learning tools compared to Python and R, Scala is highly maintainable.

If you need to build a solution for high-performance computing and analysis, you might want to consider Julia. Julia has a similar syntax to Python and was designed to handle numerical computing tasks. Julia provides support for deep learning via the TensorFlow.jl wrapper and the Mocha framework.

However, the language is not supported by many libraries and doesn’t yet have a strong community like Python because it’s relatively new.

Another language worth mentioning is Java. Java is object-oriented, portable, maintainable, and transparent. It’s supported by numerous libraries such as WEKA and Rapidminer.

Java is widespread when it comes to natural language processing, search algorithms, and neural networks. It allows you to quickly build large-scale systems with excellent performance.

At Steelkiwi, we think that the Python ecosystem is well-suited for AI-based projects. Python, with its simplicity, large community, and tools allows developers to build architectures that are close to perfection while keeping the focus on business-driven tasks.

Python as the best language for AI development

Spam filters, recommendation systems, search engines, personal assistants, and fraud detection systems are all made possible by AI and machine learning, and there are definitely more things to come. Product owners want to build apps that perform well. This requires coming up with algorithms that process information intelligently, making software act like a human.

We’re Python practitioners and believe it’s a language that is well-suited for AI and machine learning. If you’re still wondering Is Python good for AI? or if you want to combine Python and machine learning in your product, contact us for the advice and assistance you need. 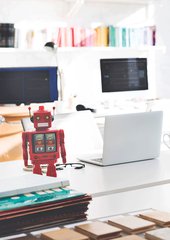 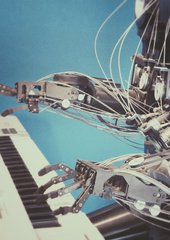 Business
What is Machine Learning and What is It Not? 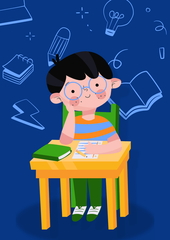 Business
How to Build an Educational Platform for Kids and How Much It Costs
Saving article...