The past ten years of the online world have been especially dominated by the social media revolution. With the widespread use of mobile devices and the advancement in tech solutions, people want to know how to create a social media app.

Users from all over the world are active on social networking apps, keeping in touch with friends and distant relatives, building up their professional network, searching for their soulmate, and exchanging all sorts of information and experiences.

As social media continues to be a prominent part of our daily lives, it’s worth taking a closer look at how its evolution occurred, what kind of impact it’s having, and how modern trends in social media app development will influence its ongoing development.

The development of social media, at a glance

Humans have always been social creatures. As such, we’ve developed ways of communicating with one another that have evolved from a very basic use of fire for sending signals to the advancements brought to us by the technological revolution and ever-growing reach of the Internet. All of these methods of engaging with one another make up the history of social media application development and are best illustrated by the diagram below.

What are the social media apps? The modern era has solidified the definition of social media as one that refers to social interaction made possible by the online world. The term has become synonymous with web-based and/or mobile technology-enabled forms of communication.

As such, the term can be attributed to many types of interactions and recent social media apps, including:

The table below is an overview of the various types of social media apps and their functional capabilities.

The stats behind technology-enabled social interactions

Information Technology (IT) has bridged the communication gap across the globe, both in personal and professional spheres. The graph below shows how the number of social media users has grown since 2010, with projected numbers for every year up to 2021. This trend gives evidence that the need for creative solutions which facilitate online social interaction continues to increase each year. Many will want to create a social media website.

The world’s best new social networking apps attract millions of active users each day. Ranking platforms based on users, we can see that Facebook is at the top of the list, having surpassed the mark of 2 billion active accounts. YouTube (1.5 billion), WhatsApp (1.2 billion), and Facebook Messenger (1.2 billion) are next on the list as global social media dominators.

How to make a social app

Even though giant companies like Facebook and Google seem to have the market cornered, in reality, new social apps are being created every day to attract users to better, more innovative solutions. Users tend to stay loyal to an app that is able to combine the features they want and expect in an effective way. Most popular social media apps have a set of general features with more advanced ones designed to address the app’s main purpose or specific user needs.

As a general overview, here are the most important functions in a social media app:

As IT continues to permeate into every aspect of our daily lives, there are numerous trends that will impact how innovation in social media app development continues to evolve. App developers and publishers should look at these trends to get a better idea on how to start a social media site.

Until recently, the focus of social app development was on building social networks for the desktop environment. However, users are turning more and more to social messaging applications that provide instant message features. These types of social apps are able to attract big audiences and offer desirable solutions for both individuals and brands, especially when looking at e-commerce and client support.

We’re also seeing a move away from blogging headed towards social storytelling. Storytelling has always been a part of how people communicate and interact with one another and this social trend has become incredibly popular with the help of industry disruptors like Snapchat.

People want to share their stories through social platforms to engage audiences on a more personal level. The ability to add context to a post, event, or captured moment in time allows users to better share their lives with friends, receiving immediate feedback that encourages a more accessible and genuine connection.

To add an extra level of convenience, social mobile apps are beginning to offer users peer-to-peer or person-to-person (P2P) payments. This feature is sure to spread across social apps, allowing users to connect their bank cards to an application through safe, secure means that adhere to rules and regulations of the banking system of a given region.

After connecting their preferred payment method, users can simply click on the “$” button and enter an amount to quickly and easily transfer money to other individuals. Apps already making use of this feature include Snapchat and Facebook Messenger, with WhatsApp planning to launch P2P payments in India soon as well.

“Googling” has become a common thing for people across the globe to such an extent that they even seek advice on personal matters, healing for psychological traumas, or an outlet for their internal pain. A recent study conducted by the Center for Evidence-Based Mentoring focused on the use of digital media in mentoring relationships. The study concluded that digital communication either improved or did no harm to mentees (mainly youth).

Social mentoring is still in its inception stage, but training mentors to use social apps and incorporating digital and social media solutions in mentorship could prove to be a benefit for mentors and mentees alike.

Businesses wanting to get ahead of the social selling trend need to figure out how to to sell their products and services using social media. The key here is to choose the right social platform that won’t distract potential customers from the end goal of purchasing the product or service.

Virtual reality (VR) and augmented reality (AR) technology is quickly entering the social market as a way to enhance a user’s experience of reality. Social platforms can leverage these advancements in technology to transform the way people interact with each other and the world around them.

For example, both Facebook and YouTube have introduced 360-degree videos which enable users to share their personal experiences with others as interactive VR experiences. It’s also possible to have a virtual 3D space where a person can meet other people, similar to a video-chat on Skype, but in a 3 dimensional environment. Facebook has already made its first move into this market with the launch of a VR app called Spaces, enabled by their Oculus VR headset.

Another trend to consider is that of "self-destructing content", already seen on social applications like Snapchat and Instagram Stories. Posts on these types of social media apps can be set to expire in an hour, a day, or after a couple of days.

This trend has become popular as it provides an added level of privacy for the user while adding a sense of urgency and intimacy to the posts they share with their friends. Another example of this can be seen in a social app called Hang, developed by SteelKiwi with a feature that allows users to set their messages to delete themselves in 24 hours.

Video content is another feature that’s invading the social media space at an incredibly rapid pace.

Social platforms like Facebook are enabling live video sharing so that users can simply hit record on a device and stream their content in real time with their social connections.

This trend is also evident in the decreasing number of cable TV subscribers as more people are moving to online channels, forcing more traditional networks and content providers to shift their attention to the content streaming space.

How to build a social media site with SteelKiwi

People are seeking more personal connections in the digital world. At the same time, they want (and expect) an easy, effective way to exchange information. These needs seem to be the main reasons behind social media’s rise to power, especially when looking at the last decade.

The technological revolution has also caused a mass migration of social interaction to the digital space, making connections with other people more accessible than ever. With the widespread adoption of mobile devices, millions of people are active on all sorts of social media platforms every day. The platforms they use offer them a diverse range of capabilities that, ultimately, help users transform how they engage with their friends, family, businesses, brands, and more. Further innovation in the social media space is sure to be heavily influenced by emerging trends in both the tech and social realms.

Meanwhile, check out a social media app that we’ve built to help family and friends connect. Also, there is one more social networking application we’ve created that helps users exchange their travel experiences. We sure know how to make a social app and can assist you. 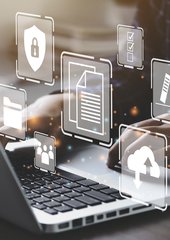 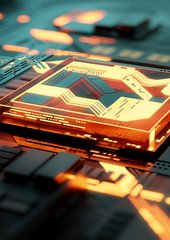 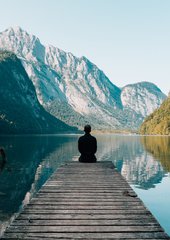