“What’s New in Android 7.0 for Developers”

The given article describes the main innovations for developers which were introduced with a new Android N operating system. Some of the features have had a positive effect on the platform, namely a multi-window mode, which can be easily integrated to your application, changes in notifications, battery saving and more.

For us, multi-window mode is the most long-awaited feature of Android N presented by Google. Users can view several apps while on one screen, be it tablet or smartphone.

MW mode support can be easily turned on in your application - by adding attribute android:resizableActivity with value True for your Activity.

The behavior of your application in this mode can be configured, for instance, you can specify the minimum size of your application’s screen, so that the user cannot make it smaller. Work with orientation is similar to work with cornering and screens’ display in landscape and portrait modes, the system deals with processing automatically, or as a variant, you can restart Activity with new size after the system suspends it.

In addition, if we consider the work with large screens, such as smart TV, the activity may work in the so-called picture-in-picture mode, this feature is well suited for applications in which the video is played.

To enable this function, it is sufficient to set the attribute android:supportsPictureInPicture with the true value.

Set default values for our Activity in the following way:

You can read more about MW mode here.

The ability to quickly respond to alerts has been added.

API RemoteInput has been added for convenient work in Android Wear is now available on tablets and smartphones. With this API, the user will be able to quickly respond to a message without looking up from the current screen, to respond, so to speak, directly in the notification. Details on API RemoteInput can be found here.

Let’s consider notifications again. It is now possible to group them.

“We have done what was asked of us - added the ability to group and expand notifications”.

For example, all messages from a social network will be grouped. If necessary, it can be deployed - users need two fingers to dissolve this group (the same touch as we use to zoom a photo).

Or double-tap the super notification to deploy all notifications in a group. To enable this developers will need to use Notification.Builder.setGroup() method, which was added to Android N. Read more about notifications grouping here.

Google has integrated into Marshmellow an enhanced sleep mode for the device, called Doze, which strongly influenced the battery savings in situations where the user does not use the device. The new API was to prepare a supplement for this regime, since in Android N Doze works every time you turn off the screen. If your application is adapted to Doze, for example you use GCM Push notifications which switch from sleep mode automatically - you do not need to adapt the application to Doze; otherwise, if you use AlarmManager for some tasks, you should read the article, which will help you get acquainted with this technology.

Java 8 support is improved in Android N. Jack compiler allows to work closely with some popular functions, such as lambda expressions.

This will help you reduce template code, which increases class sizes significantly. For example, lambda expressions can replace anonymous inner classes provided by EVentListener, and also such popular functions of Java 8 as default method, static method, streams. In order to experience Java 8 in your Android project fully, all you need is to enable Jack compiler in your project by adding a couple of lines to build.gradle file.

Android is the most popular platform in the world and it is developing at lightning-fast paces. With each update Google makes Android more and more stable, safe and, of course, convenient both for users of “green robot” devices and for developers. Google did a great job on Android N, emphasizing performance, safety and efficiency. We are waiting for the next update and hope it to be no less interesting.

3. How to choose the correct platform for mobile app development 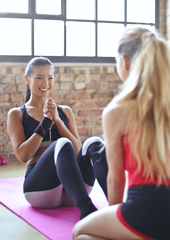 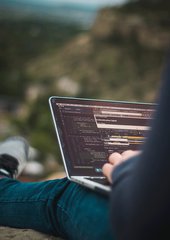 Business
What is backend development? Backend components and functionality in simple words 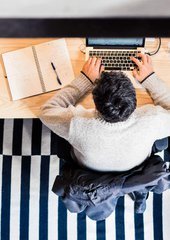 Business
What Is Restaurant Management Software & How Is It Better Than Excel Spreadsheets?
Get our tips straight to your inbox, and get best posts on your email.