The platform manager can check statistics about the number of users and posts. They can also review all news and articles.

Readers can create profiles, subscribe to interesting news categories, and get notifications with the latest news. Readers can add favorite news items and save them as well as share news on social networks. 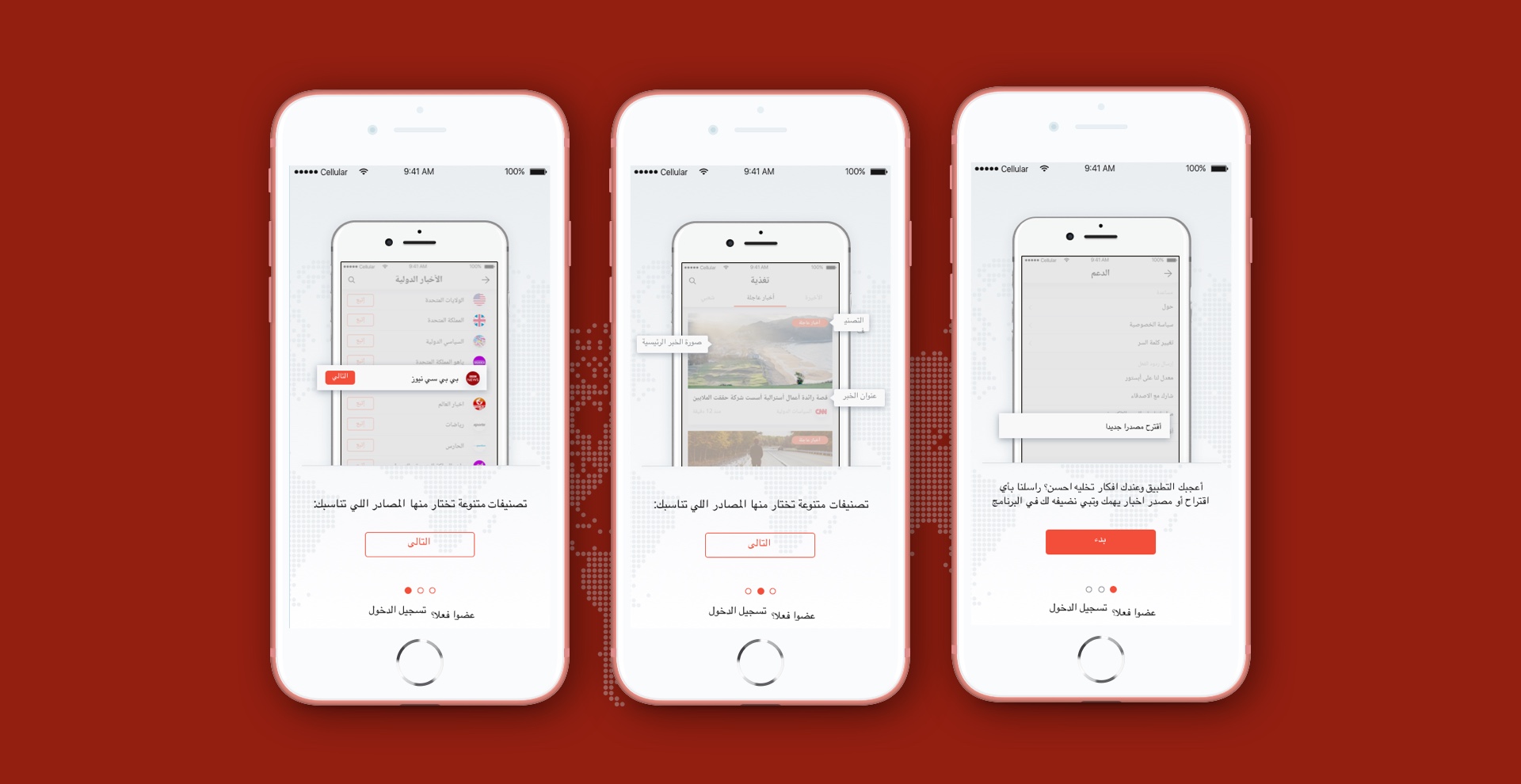 We started developing Khabar from mood boards and wireframes.

Our client put a lot of emphasis on minimalism and wanted to avoid any unnecessary details. To this end, we selected light hues that don’t distract readers from articles. The CTA buttons (the only highlighted parts of the page) make sure that users can easily share their favorite pieces. Because the app needed to support both English and Arabic we couldn’t really offer much font-wise, as the readability of Arabic is extremely font-sensitive. To prevent the design from being bland, we added some accents. We agreed that the app would be a white canvas with little touches of color.

As for the logo, we decided to tie it to Middle East-styled ornaments and made it in the form of a decorated Arabic letter “K.”

The backend consists of two major modules: a parsing module (which collects news from various sources) and a REST API module (which transfers those news to the applications).

The parser module is based on Scrapy. Every five minutes, it runs a command to parse each separate news resource. All of the data from these sources is listened to and collected by one of our background processes, after which it’s stored in a Redis-based database. From here, another background process takes every new piece of news and registers it in the PostgreSQL database.

In the other words, the parser parses and registers raw data to Redis. Then, while the news is being imported, that data is converted to the necessary format and saved to PostgreSQL. We used two databases to separate parsing and importing, which increases the speed of both of these processes.

The second module is an API implemented with Django-REST-Auth. When a new article appears in one of the categories to which a user is subscribed, the user receives a push notification telling them about it. This API makes that happen.

We chose the MVP architectural pattern for the Android application. The MVP architecture makes the project’s structure very clean and flexible, helping a great deal with expandability. It’s very simple to make corrections and fixes and to add new features, which is absolutely vital for a product that’s just entering the market. Also, a clean architecture means a higher quality product with fewer bugs.

For connectivity with the REST API, we decided to go with the popular and stable combination of RxAndroid and Retrofit. Сalligraphy helps out with font management. We integrated Crashlytics to track crash analytics, which helps us prevent future bugs and crashes. Google Support libraries make sure that the app works fine on older versions of Android. We used Picasso for the beautiful images added to every article, and integrated GCM for push notifications.

The Khabar iOS application is built on the MVC architectural pattern, which offers several benefits: it’s a very simple system with a unifying vision and a simplified mechanism for debugging. By simple, we mean that it’s easy and comfortable to manage, which is perfect for any mobile app from the perspective of both clients and developers.

For efficient REST API interactions, we used Alamofire and ObjectMapper. SDWebImage was implemented to load and cache images, while TYBlurImage helps with blur effects. For social media logins, we used the Google/SignIn and TwitterKit libraries, and we supported push notifications with the help of APNs.

Khabar around 100 news sources, pulling articles from a bunch of different fields and making sure that users always have something interesting to read.

Khabar can notify users whenever something happens in a category they follow, such as culture, business, and so on. Users don’t even need to sign up in Khabar to get notifications; they just need to allow notifications in device settings. 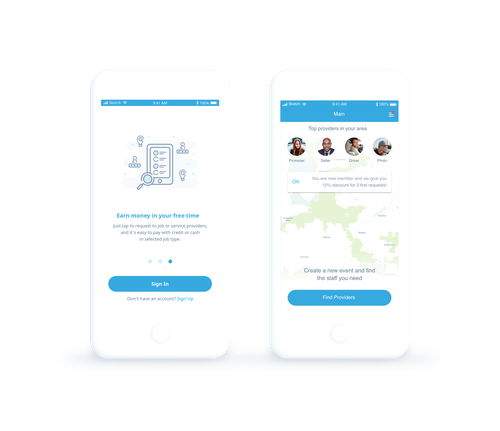 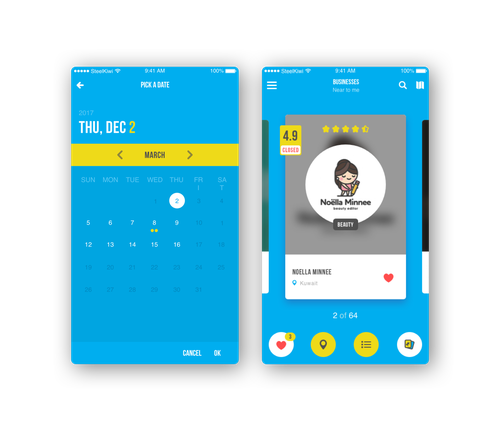